The new Warhammer 8th ed stuff went on advanced order just a few hours ago, no big surprises about price and items available :)
The interesting thing is that the gamer edition isn't much of a big deal, you just get the bag for free.
update: I just got back from the GW store this is something I found out: 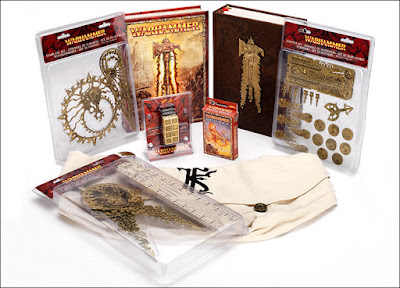