The Steel Warriors are one of the new kits that Mantic Games produced with the Deadzone Infestation Kickstarter, below you can find a couple of personal comments about them:


The first part of the kit is the frame that you can see below, it contains (from top to bottom): the shoulder pads, some different heads, the two halves of the torsos, the rifles, the arms and at the very bottom some extra bits. 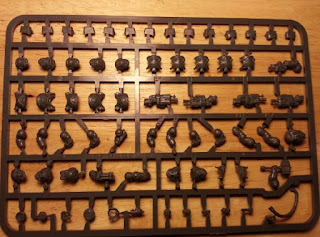 And the second part are these bits in a plastic bag: a couple of torsos (for the leader), six pack packs (for the heavy weapons), five heavy weapons, an alternative rifle pointing forward an five pair of legs. 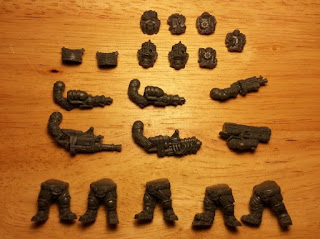 And someone (I guess from Mantic) posted on facebook an assembly guide: 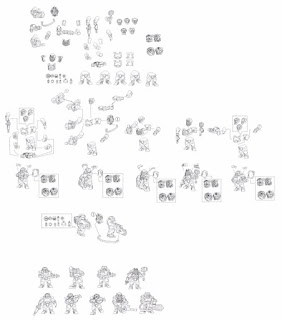